Why does my guitar sound out of tune? (even when I’ve just tuned it!) 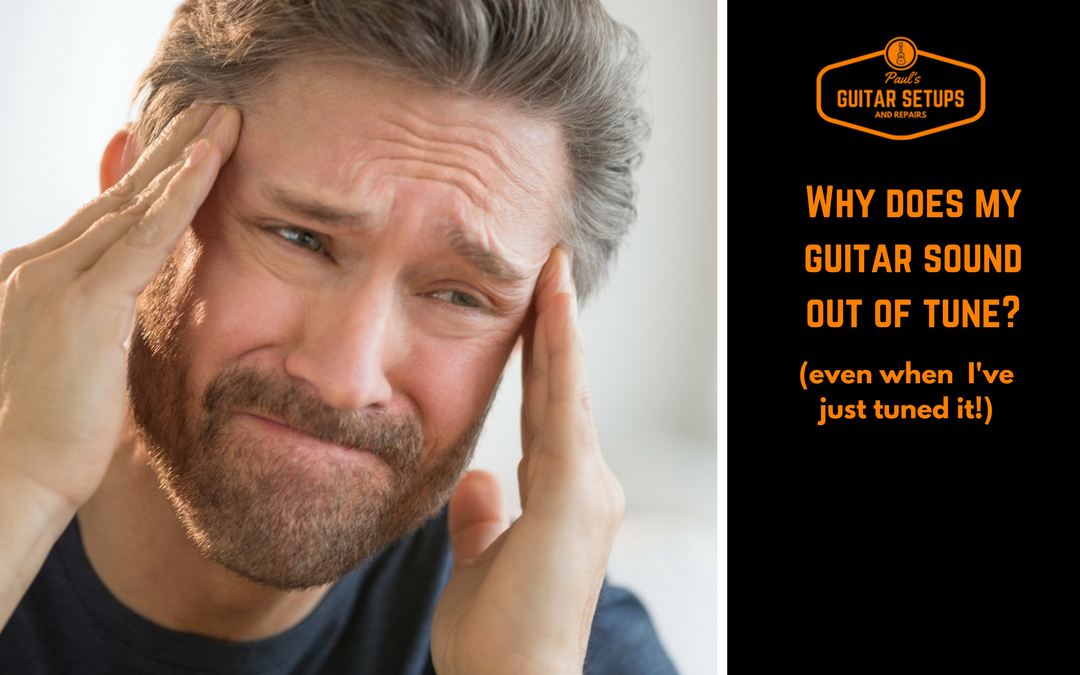 You’ve tuned your guitar perfectly according to your guitar tuner. But when you strum your favourite chord… ughh. It still sounds out of tune. It’s an incredibly annoying and frustrating problem, and there are several reasons it can happen.

So next time you find yourself wondering, “Why does my guitar sound out of tune? (even when I’ve just tuned it!),” it’s time to investigate these common culprits:

It’s something that only some guitarists have but all guitarists want: “the touch”. It refers to many elements of playing guitar and one of those elements is finger pressure.

If you want to develop “the touch,” start with being aware of finger pressure. When playing a chord or single note, don’t squeeze the neck too tightly. You’ll never develop “the touch” if you’re squeezing too tight and you may also be causing several issues which can affect pitch and make your guitar sound out of tune.

When you squeeze too tightly on the fingerboard, you can slightly bend the string up or down, put pressure against the neck of your guitar or simply pitch the note up between the fret and the fingerboard itself. It’s a bad habit that even professional musicians are sometimes guilty of! 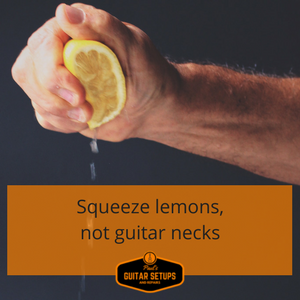 Old strings carry corrosion and dirt. This can prevent precise contact between the strings and frets and can also wear down your fingerboard and frets.

Do yourself (and your guitar) a favour and change your strings regularly. How do you know when it’s time to change them? The time-period between string changes varies, depending on where you store your guitar, how often you play, how sweaty your hands get while playing, the quality of the strings and other factors. Run your finger along the underside of the unwound strings (for example, your high E string) – if it feels rough it may be time to change your strings.

To check whether intonation is the problem, tune your guitar as normal using a tuner. Then check each string individually for tuning at the 12th fret (octave). If the tuner shows that the tuning is different at the 12th fret compared with the open string for any or all strings, you have an intonation problem.

It’s a simple adjustment on most electric guitars but a bit more difficult on an acoustic guitar. 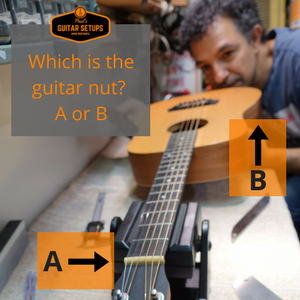 The nut is an important, but often overlooked, part of the guitar. It sits at the end of the fingerboard and the strings sit in its slots and feed into the tuners.

The height, depth and spacing of the slots (sometimes called grooves) has to be precise – any variation can cause a multitude of problems, including pitching problems and buzzing.

Old age (the instrument, not the player!)

Sometimes it’s a simple case of wear and tear. Years of playing can lead to worn out frets, saddles and nuts. Things can start looking and sounding a little sad.

Just like a car, your guitar needs repairs and servicing. Most things can usually be replaced, giving your old guitar a new lease of life.

Even a brand new guitar needs a set up. While manufacturers will set up their guitars before they leave the factory, new guitars sometimes need a settling-in period and may change slightly, which can affect playability.

If you’ve purchased your guitar from a dealer, ask if they can set it up for you. You can have lighter gauge strings added or the action adjusted to suit you. That way, your guitar will feel right for you.

There are other things that can affect a guitar’s tuning, but these are the most common problems I come across in my work. So, remember… don’t squeeze too tight and give your guitars – new and old – a little TLC to make sure they sound just right.

And if you’re in Sydney and need some help sorting out your tuning problems, get in touch, I’d love to help.

Get my monthly newsletter with the latest guitar tips, news and special offers delivered direct to your inbox.

What are you waiting for?

I'm Paul, Hunter Valley-based guitar lover, player and fixer. I can get your guitar setups and small repairs just right at an affordable cost.
CONTACT ME NOW

Get my monthly newsletter with the latest guitar tips, news and special offers delivered direct to your inbox.

Awesome, you're in! You'll hear from me soon.

Once again It’s been a while between posts. Here

As this very strange year comes to an end I though

Maton has the right idea. It’s a good feeling to

It’s been an interesting time here with a lot of

Something a little different. Yes Violins are alwa